Back in early April of this year when the offshore world experienced its biggest blow by the leak of Panama papers, nobody had imagined that like any other event the leak was soon going to be forgotten too. Three terabytes of data that revealed the presence of offshore bank accounts of 140 politicians, public officials, and athletes across 200 countries turned out to be the biggest leak in the history of the world.

The documents revealed how the firm helped some of the world’s wealthiest people set up offshore companies and bank accounts to stash their wealth and make further investments.

Although it is highly disturbing that the big blow to the world did not have a very lasting impact. The last update about the papers was in the early week of August when the shares of HSBC bank dropped because of the controversies related to the same.

Mysteriously, most of the information leaked by the Panama papers does not directly trigger the famous but is about the illegal settlements of either their families or friends. Though many of them completely denied the claims of the Panama leak, some including Aishwarya Rai Bachchan and Azerbaijani President Ilham Aliyev completely refused to respond to the repeated request for comments.

Committees for formal investigations were set up by many countries against the accused but so far there have been no updates regarding the same.

The famed who had to deal with the investigations included the prominent names of Argentine President Mauricio Macri, Tunisian political figures, more than 500 prominent Indian actors, politicians and businessmen who have allegedly stashed money in offshore entities, two conglomerates and thirty-two Bangladeshi shareholders, Nordea which is one of the largest financial institutions in the Nordic countries, 800 Italians, 850 clients of Mossack Fonseca Colombia and many more.

Talking about the United States, the U.S. Treasury Department had proposed legislation to Congress that would require companies set up in the United States to report their real owners to the agency’s Financial Crimes Enforcement Network. However, no updates had been provided that clearly means that either the US set up companies are all clean or the issue got buried under the Trump Hilary drama. 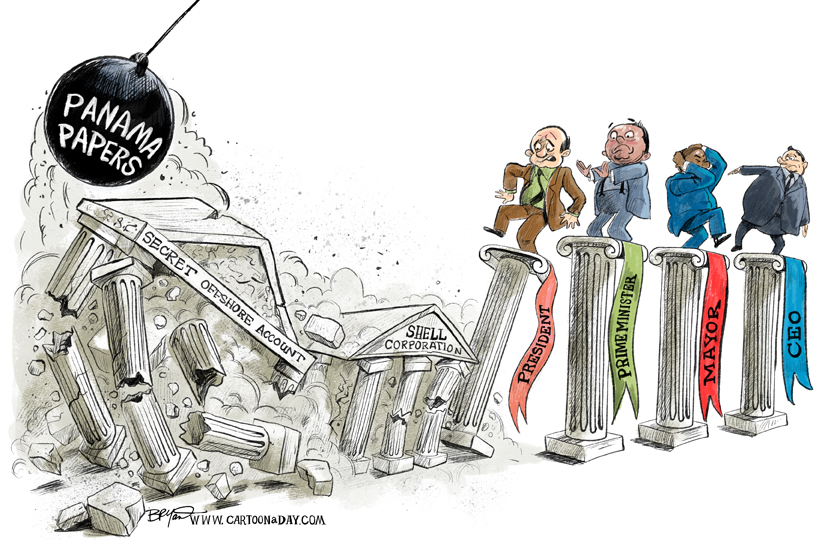 U.S. investigations had prompted 80 Swiss banks to admit to “engaging in tax evasion and related criminal conduct” and forced them to pay more than $1.3 billion in penalties. In addition, the U.S. tax amnesty program had prompted more than 54,000 taxpayers “to do the right thing and resolve their past non-compliance,” and collected more than $8 billion in the process.

The Germany’s justice minister called for the creation of a national “transparency register” that would document the real owners of shell companies sent up within his country. Noticeably, nothing happened.

To a little hope for the people, Panama did accomplish to get at least some results out when it affected the international markets and many banks on a large scale. It forced Sigmundur Davio Gunnlaugsson to step down from his position as the Prime Minister of Iceland soon after the leak.
And who doesn’t remember Lionel Messi getting into trouble for his tax case? Though he managed to get rid the prison statement, it did cost him a whopping $2.2 million.

Nobody knows whether the ignorance of the accused is an act of time or the leak got suppressed under the dominants whom it accused. Whatsoever it is sure that Steven Soderbergh definitely has an amazing climax for his upcoming movie that focuses the Panama leak but ever wondered how is he going to give is a satisfying end.

Despite Justin Bieber Giving It All, Here’s Why People Think His Show Was A Disaster

Shah Rukh Khan Delivered His First TED Talk, And Everyone In The Audience Is Charmed By His Wit

World’s Oldest YouTuber Is From India, And She’s 106 year Old Winning Hearts With Her Cooking Skills.

10 Struggles Every Freelancer Faces While Taking Up The Projects!